The Barcelona supercomputing Centre -Centro Nacional de Supercomputacion (BSC) coordinates FusionCAT, an initiative that brings together seven Catalan institutions to collaborate in the field of research and development of fusion energy technology. The BSC also participates in the three technical projects of the initiative: Project 1 “Towards the complete integrated modelling of a fusion reactor”, Project 2 “Neutronics, Tritium production and operational fuel cycle” and Project 3 “Study of the fusion reactor”. In addition, the BSC helps FusionCAT partners disseminate and exploit the project’s results to the academic and industrial sectors to promote research and training in the field of fusion. The objective is to communicate, identify, and protect the projects’ outcomes authorship to create and stimulate a fusion community in Catalonia.

The BSC’s team involved in FusionCAT has grown from the 7 members at the project launch to the current 25 professionals. This growth has established a highly multidisciplinary working force with the objective of effectively facing the challenges posed by the project close to its halfpont. The team comprises experts in physics, mathematics, computer science, engineering, project management and technology transfer, and it is led by the ICREA researcher Mervi Mantsinen (Figure 1), with more than 23 years of experience in the field of fusion. “FusionCAT enables BSC to explore novel areas with great potential for advancement based on our unique combination of High-Performance Computing (HPC) and fusion expertise”, says Mervi Mantsinen. The methodology applied by the BSC team (see Figure 2) is widely recognized by the fusion community and has proven its validity in the past. 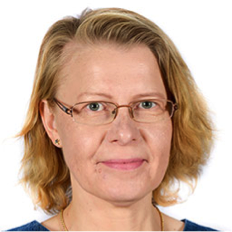 In the first 2 years of the project, the BSC has developed the first versions of the magnetism and neutron transport modules fot its software Alya, has progressed in the coupled thermodynamics and fluid dynamics simulation of an ITER’s first wall segment, has validated several fusion community software against JET experimental data, is in the process of integrating them in ITER’s Analysis Suite IMAS, and has made progress in new materials atomic level modelling. Other consortium members have progressed in tritium and lithium sensors, liquid metal simulations, catalytic membrane reactor for the recovery of hydrogen and fuel clean-up, particle acceleration components design, IFMIF facilities design, and Supercritical CO2 power cycles.

Plasma and fusion reactors are highly complex systems from the physical, numerical, and computational points of view. To model these, it is necessary to consider multiple physical phenomena at multiple spatiotemporal scales. Understanding the physics involved requires the integration of all these elements (for instance, to know how each factor of the reaction affects the others or how the cooling system captures the released energy), the validation of the results, and the subsequent integration into research tools for the research community. To achieve this, BSC develops three tasks within Project 1: the implementation of multiphysics codes based on ALYA (parallel code of computational mechanics) to be able to model complex multiphysics systems, the experimental validation of codes for fusion, and the integration of codes in the production lines that will be used during ITER’s operation.

The future energy production reactors, such as DEMO, are committed to a fuel cycle based on an enormous production of neutrons from plasma and on the use of the breeding blanket to multiply further the number of neutrons produced to maintain the operational fuel cycle. However, to achieve efficient energy production, it is necessary to optimize the plant’s fuel cycle. Project 2 focuses on the fusion fuel cycle and its effects on the reactor and the components related to neutrons, lithium, and tritium. To this end, in close collaboration with CONICET (Argentina), BSC develops a new deterministic neutron transport code based on Boltzmann’s transport equation based on the finite element method. At present, Monte Carlo codes such as MCNP are commonly used in fusion neutronics, although they are more computationally expensive and focused on local analysis. Alternatively, the implementation of deterministic codes allows a global and less expensive analysis of the geometry, which is an advantage. Our development is based on the neutron transport code implemented in ALYA and aims to considerably increase the fidelity of this module to allow realistic predictions of fusion reactors, contributing to the development of a cutting-edge computational tool capable of tackling this complex multiphysics problem in existing and future fusion devices. Furthermore, this tool will potentially meet future challenges in fusion reactor design due to its HPC capabilities, allowing the analysis of different variants of a design. Thus, the expected impact of this tool for the development of fusion as an energy source will be high and placed within the “Tritium self-sufficiency and the design of the Test Blanket Module (TBM)” mission of the European fusion energy roadmap. 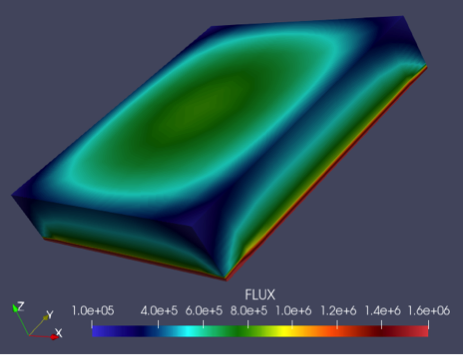 The development of future power plant reactors such as DEMO requires advances in several technologies required for future construction. In Project 3, BSC focuses on the highly specialized study of technologies for the design of magnets based on High-Temperature Superconducting (HTS) materials and the evaluation of the materials’ resistance for the construction of the fusion reactor.

HTS technology has reached sufficient maturity to be considered for constructing the main magnets of Tokamak fusion reactors. Proof of this is the proliferation of innovative geometries based on their excellent magnetic field performance, which allows a drastic reduction in the size and cost. The manufacture of magnets with HTS materials will allow the generation of the high magnetic fields needed for the confinement of the plasma in the reactor and will also improve the operation range, the temperature conditions, and the operating costs. The application of HTS materials in the field of fusion requires materials evaluation, from the point of view of the cables’ manufacture, which is used in large HTS magnets. Nowadays, different wiring configurations are being investigated to optimize their mechanical, thermal and electromagnetic behaviour. To meet fusion requirements, the main goals to be achieved are: improving the conductivity at the joints, enhancing the mechanical performance, moderating losses when carrying alternating current (AC), and better zone propagation in the resistive zone in accidental transitions to the non-superconducting state (“quench”). Achieving these goals requires additional cable development and cable coatings optimization and the development of multiphysics analysis tools for magnet and cable design. To this end, BSC FusionCAT’s Project 3, in close collaboration with the Institute of Materials Science of Barcelona (ICMAB-CSIC), will extend the ALYA code to study the multiphysics character for HTS magnet materials design. 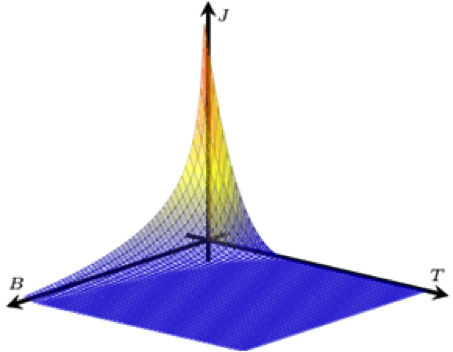 Figure 4. Critical surface of an HTS tape. Below the critical current, which depends locally on the applied field and temperature, the superconductor carries current with zero electric field. Above this current, the electric field grows potentially.

Finding safe and durable materials for the construction of fusion reactors is one of the key challenges for the generation of fusion power. In Project 3, BSC studies different methods to reduce the complexity of the simulations of these materials at the atomic scale. Starting from the Density Functional Theory (DFT), which is probably the most widely used ab-initio method (based on quantum chemistry), and using these results for the development of force fields (interatomic potentials). These potentials will be used for a classical description of the material from molecular dynamics simulations. In this way, much larger systems can be simulated, also considering the time and at realistic temperature conditions. We will combine different simulation methods and scales, from ab-initio calculations (high precision, high-cost and easy transferability) to classical force fields (limited precision and transferability, at a much lower computational cost). Our goal is to combine these approaches and contribute to a multiscale description of fusion materials under irradiation, working towards the production of materials suitable for fusion applications. 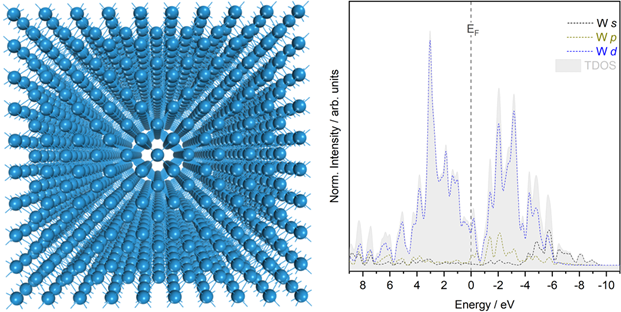 Figure 5. Periodic model of a body-centred cubic structure composed of 1458 tungsten atoms. Tungsten is one of the most relevant materials in fusion research.

The FusionCAT project (001-P-001722) has been 50% co-financed with € 1.960.963,66 by the European Fund for Regional Development of the European Union within the framework of the 2014-2020 ERDF Operational Program of Catalonia, with the support of the Generalitat of Catalonia.