The Catalysis and Energy Laboratory is part of the research group Nanoengineering of Materials Applied to Energy (NEMEN) at UPC. One of its main activities is the development of catalysts and catalytic reactors for hydrogen-related technologies. NEMEN is part of the Institute of Energy Technologies and the Department of Chemical Engineering of UPC.

Hydrogen permeation through palladium alloy membranes can be used to separate hydrogen isotopes from impurities for the nuclear fusion fuel cycle, that is, the treatment of the plasma exhaust gases and the extraction of tritium from the breeding blankets. With respect to traditional processes, the membrane systems are characterized by high reliability and continuous operations and, therefore, their application in the fuel cycle can ensure an efficient and safe management of a fusion power plant. However, a drawback of this method is the poisoning of the membranes by impurities (usually carbon monoxide, carbon dioxide, methane, oxygen, nitrogen, water and ammonia), which are inevitably formed during operation of the fusion reactor. The impurities attach strongly to the membranes, considerably reducing the accessible surface and, therefore, hydrogen permeation. If the poisoning is severe, surface reactions become important and a marked deviation from the Richardson equation occurs, which poses important difficulties for modeling. In this project we study the performance of a catalytic membrane reactor (CMR), where a multicomponent catalyst capable of decomposing and/or transforming impurities is placed around the Pd-alloy membranes to protect them. This constitutes the objective of task 2.4 of FusionCAT. 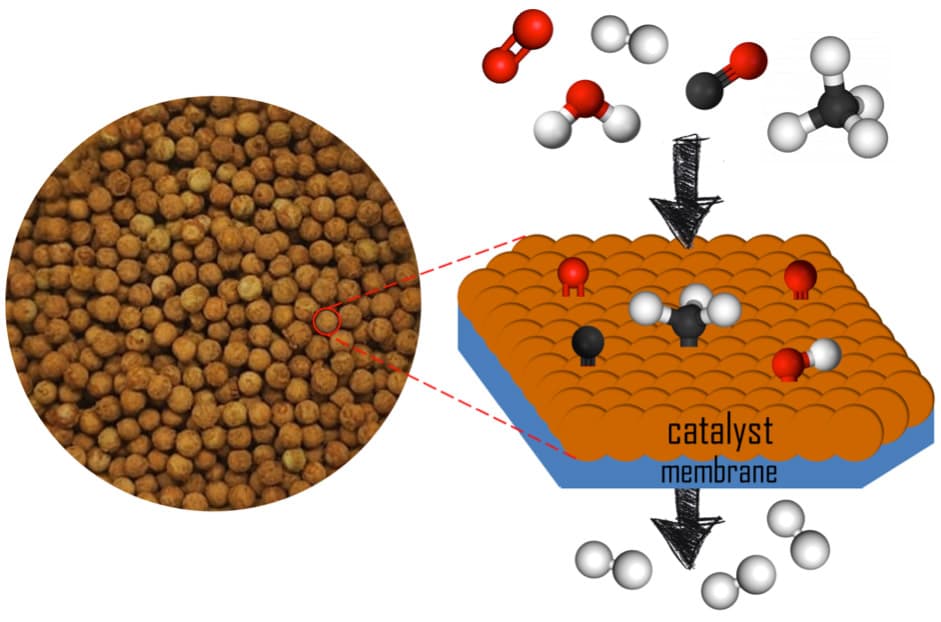 Figure 1. Picture of the pelletized catalyst prepared and schematic representation of the functioning of the catalytic membrane reactor (CMR).

In the FusionCAT project, the first goal of NEMEN is to design a suitable catalyst to make the impurities react with each other without consuming hydrogen under the operation conditions of Pd-alloy membranes. This has been a challenging task since some of the reactions targeted, such as methane steam reforming, water gas shift and preferential oxidation processes, involve different reaction mechanisms and are sensitive to different operation conditions. Given the complexity of the mixture of impurities, the design of a multi-component catalyst has been carried out to obtain a highly active, selective and stable catalyst. The final catalyst has been formulated using selected metal nanoparticles anchored on an inorganic mixed-oxide support (Figure 1).

Following the preparation and characterization of the powdered catalyst with different physical-chemical techniques, the catalytic performance has been studied in a conventional fixed-bed reactor using different temperature and feed conditions to simulate those relevant for the nuclear fusion fuel cycle. The next step now is to develop the CMR and to integrate the catalyst in a pelletized form with the Pd-alloy membrane (Figure 2), which is a commercial Pd-Ag, ~40 μm-thick membrane supported on porous stainless steel, and to study the performance of the final device under different temperature and pressure values. 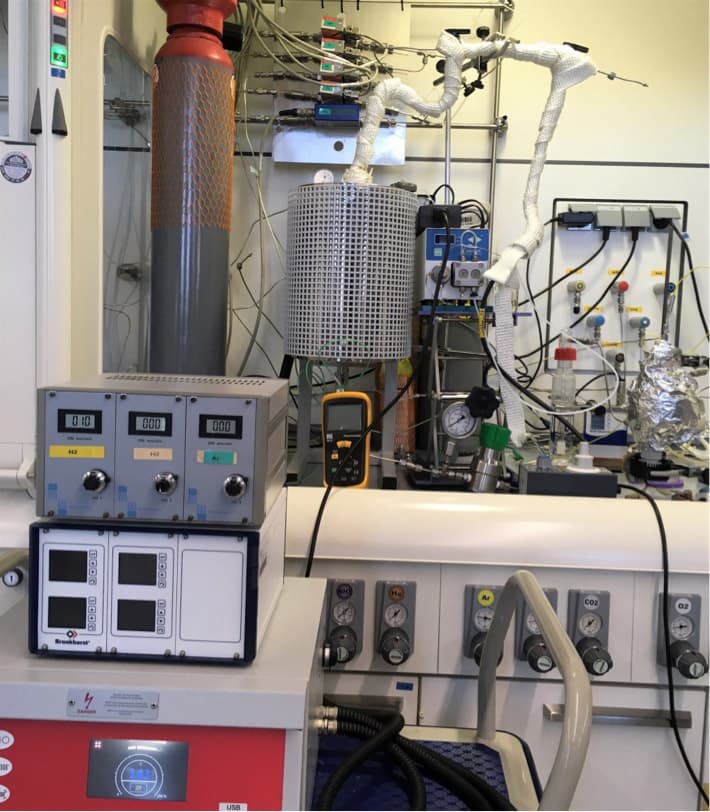