Nuclear fusion reactors have the potential to provide huge amounts of CO2-free energy using fuels (deuterium and tritium) which are widely available and nearly inexhaustible. To do so, tritium must be produced during the fusion reaction. This is done in the so-called breading blankets (BB) where tritium (and helium) result from the interaction of lithium and the neutrons generated in the fusion process. In Europe, a helium-cooled lead–lithium BB is considered as a design option for applications in fusion power reactors such as the ITER project.

Key parameters for BB design are MHD pressure drop, heat transfer coefficient, tritium permeation and tritium inventories. However, there is a lack of specific correlations for liquid metals, especially under the presence of magnetic fields. The present project aims to be a step beyond the state-of-the art of current codes to allow detailed numerical studies of heat transfer phenomena of liquid metals with the presence of strong magnetic fields. To do so, we have firstly made an assessment of existing Large-Eddy Simulation (LES) models for turbulent liquid metals doing a comparison with the Direct Numerical Simulation (DNS) results obtained on the MareNostrum4 supercomputer (see Figure 1). Illustrative results showing the significant improvement achieved by the LES models are displayed in Figure 2. 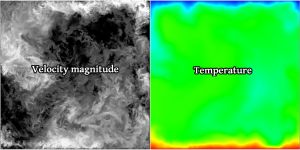 Figure 1 – Direct Numerical Simulation of a turbulent Rayleigh-Bénard convection of liquid sodium using a mesh of 1.91 billion grid points and 3872 CPU cores on the MareNostrum4 supercomputer. 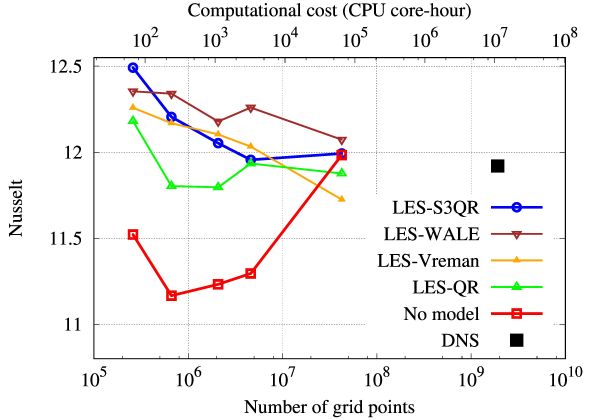 Figure 2 – Assessment of different LES models for the prediction of the Nusselt number. Bottom horizontal axis shows the number of grid points and the top horizontal axis the computational cost. 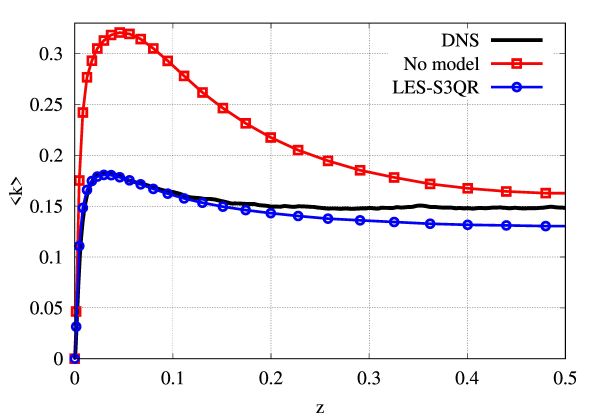 Figure 2 – Effect of the LES-S3QR model (proposed by research of CTTC) the prediction of turbulent kinetic energy. Results are compared with the DNS results carried out on the MareNostrum4 supercomputer.

Apart from this, we have been working on the efficient portability of the code on the variety of computing architectures (CPU, GPUs, ARM, MIC…) competing in the exascale HPC race. To do so, the computing operations that form the algorithm, so-called kernels, must be compatible with distributed- and shared-memory MIMD parallelism and, more importantly, with stream processing, which is a more restrictive parallel paradigm. Consequently, the fewer the kernels of an application, the easier it is to provide portability. Hence, the code will finally rely on a reduced set of algebraic operations: namely, the sparse matrix-vector product (SpMV), the linear combination of two vectors and the dot product. This algebraic approach combined with a hybrid parallel MPI+OpenMP+OpenCL implementation will naturally provide portability (and high performance) across a wide range of computing architectures (see Figure 3).

Within the research associated with DEMO station (that beyond ITER and a next step towards future fusion developments), a supercritical CO2 cycle has been proposed as a promising alternative to the current power conversion units. This type of cycle has been shown to be quite efficient for the ranges of temperatures to be found in the primary coolant of future fusion reactors.

The aim of the present project is to gain momentum towards the modelling of the phenomena involved in the different phases of such cycles, with a special focus on the behaviour of CO2 at conditions near the critical point, and apply the models developed to the design of suitable control strategies for the CO2 power cycles in Fusion Nuclear Power Plants.

One of the main benefits of the cycle is the fact that the compressor inlet is near the critical point, then increasing significantly the density and reducing the required work compared to a classical Brayton cycle. However, the CO2 changes strongly its properties near the mentioned critical point (Figure 4), what creates a double technological/modelling challenge:

The classical compressor simplified models are based on performance maps that assume ideal gas approach with constant adiabatic coefficient. The real gas sCO2 properties are far from these assumptions. CTTC-UPC has focused its work in identifying and implementing new reduction models to implement new performance maps in a compressor Modelica model that reproduce the real behaviour (Figure 5). 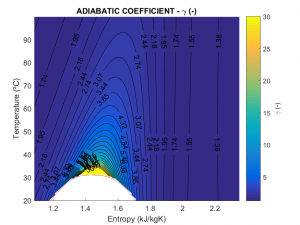 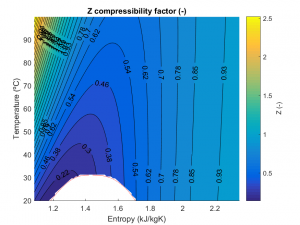 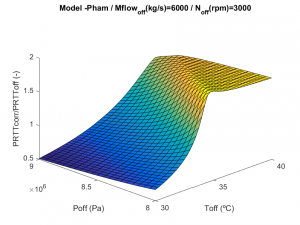 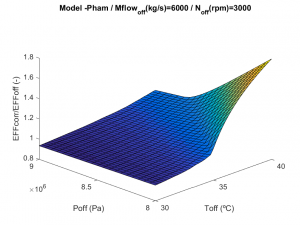 Figure 5 – Correction due to the new reduction models, depending on inlet conditions compared to nominal point.

Due to the mentioned fragility of the compressor inlet properties, highly dependent on the pressure and temperature, the adequate modelling of its upstream printed circuit type heat exchanger (pre-cooler) is crucial. CTTC-UPC role in the project is to analyse the most relevant heat exchanger features (heat transfer, friction, flow distribution, dynamic response), and summarize them into a simplified Modelica model.

Summarizing, the updated compressor and heat exchanger models are probably the two most critical in order to generate a sCO2 power plant digital twin with a realistic response. This plant will be then adequate to define and verify the control laws for the best plant operation stability and performance.

This work carried out by CTTC UPC is going to be used in collaboration with the Advanced Nuclear Technologies (ANT) Research Group of UPC to embed these models in a whole supercritical CO2 conversion loop modelled in MODELICA by ANT for control strategies and optimization purposes.