One of the objectives that must be achieved in nuclear fusion reactors development is the production of tritium within the tokamak. This process will be performed in the Tritium Breeding Modules (TBM), where 6Li is bombarded by high-energy neutrons to obtain helium and tritium as products. One of the proposals for these modules is the use of Lithium Lead eutectic alloy (Figure 1).

Figure 1. Representation of the tritium generation process in a eutectic Pb-Li breeding blanket and its transformation to a hypoeutectic Pb-Li alloy.

During the tritium generation process, lithium is consumed and, as a consequence, the initial alloy, which was eutectic composition, is transformed into a hypoeutectic alloy with low lithium content. For this reason, it is necessary the development of sensors that allow the continuous measurement of lithium. One of the objectives of IQS participation in the FusionCAT project is the development of lithium electrochemical sensors that allow its quantification in the molten Lead-Lithium alloy.

Similar to hydrogen sensors that were explained previously in the first part of this series of articles, Contribution of the Electrochemistry Laboratory of IQS to FusionCAT project: Hydrogen sensors, lithium electrochemical sensors are probes constructed using a solid-state electrolyte. These materials have to be stable under breeding blanket conditions. However, there is a difference in the operation of these sensors. While hydrogen sensors explained previously were amperometric, the sensors that we propose to determine lithium in these conditions are potentiometric (see Figure 2). 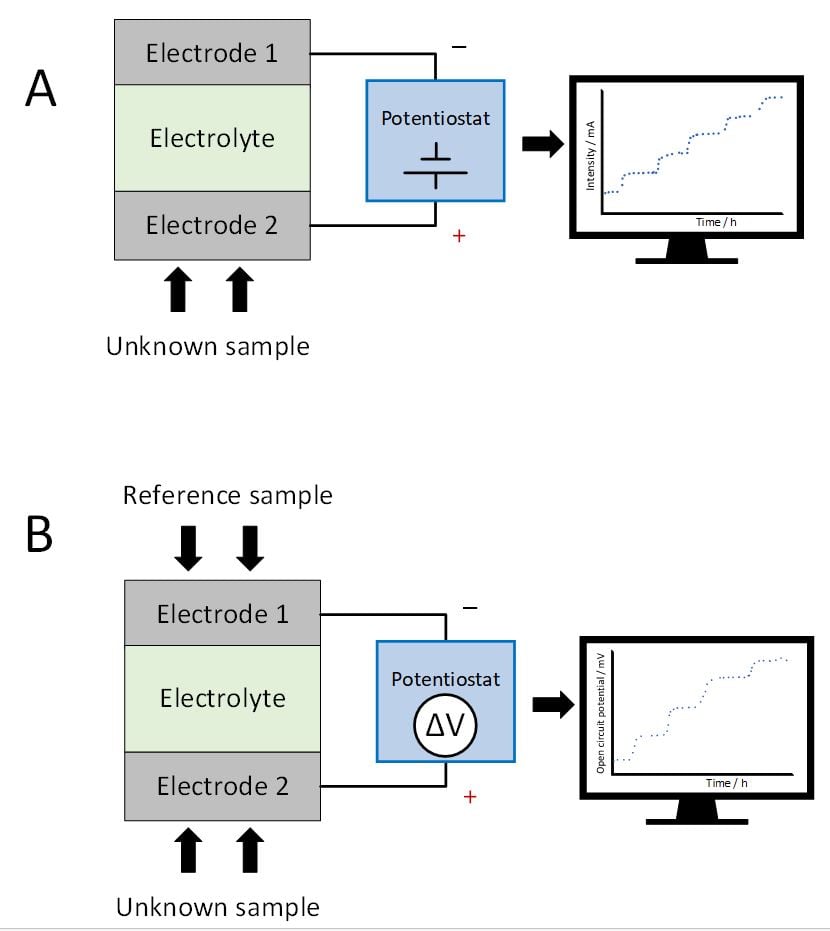 Where ΔE is the potential difference (V), R is the constant of the perfect gases (8.314 J·mol-1·K-1), T is the temperature (in K), n is the number of electrons involved in the electrochemical reaction, F is the Faraday constant (96 485.34 C·mol-1) and and are the lithium activities in the working and reference electrodes, respectively. 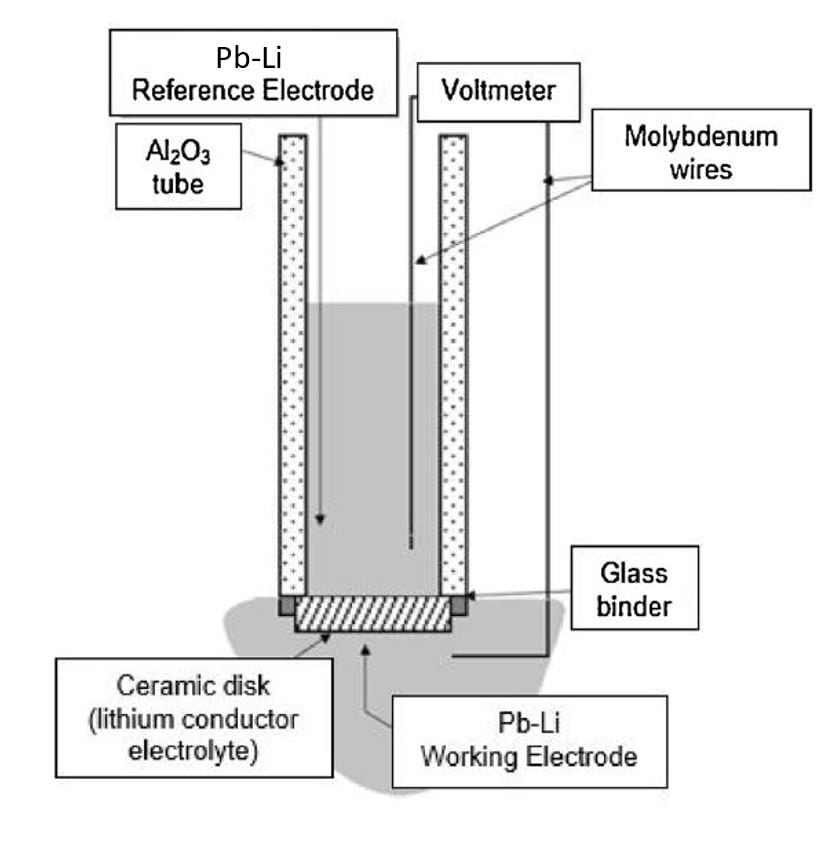 Sensors are constructed using a lithium-conductor ceramic disk, such as Li6.35Ga0.25La2.9Sr0.1Zr2O12, which is sealed to an alumina tube using a glass binder. The reference electrode is a Pb-Li alloy of known lithium concentration in the inner part of the sensor. The working electrode is the unknown lithium concentration Pb-Li alloy. Finally, both electrodes are connected to a high-impedance voltmeter to perform the measurements.

The experiments are performed inside a glove box with an inert atmosphere that assures that oxygen and moisture concentrations are lower than 1 ppm, to prevent the oxidation of the molten alloys during measurements (see Figure 4). 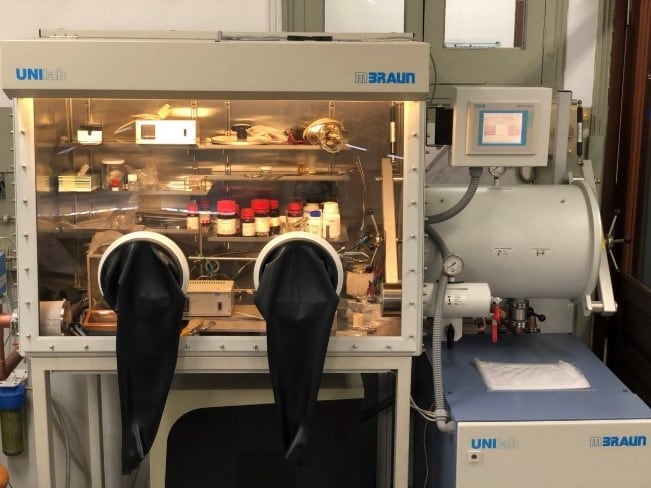 Figure 4. A) Glove box where electrochemical measurements with lithium sensors for molten metals are performed.

Figure 4. B) experimental set-up for measurements.

The Pb-Li sample, which is inside an alumina crucible, is inserted inside a stainless-steel vessel that is used for heating up. The temperature control system is composed of a thermocouple, a heating resistance, and a PID temperature controller. The lithium sensor is immersed inside the molten Pb-Li sample. Finally, the sensor is connected to a high impedance voltmeter to measure the potential difference.

Currently, the development of these sensors is in the phase of synthesis and sintering of different ceramic materials. Tests with some prototypes in real Pb-Li alloys are in progress.